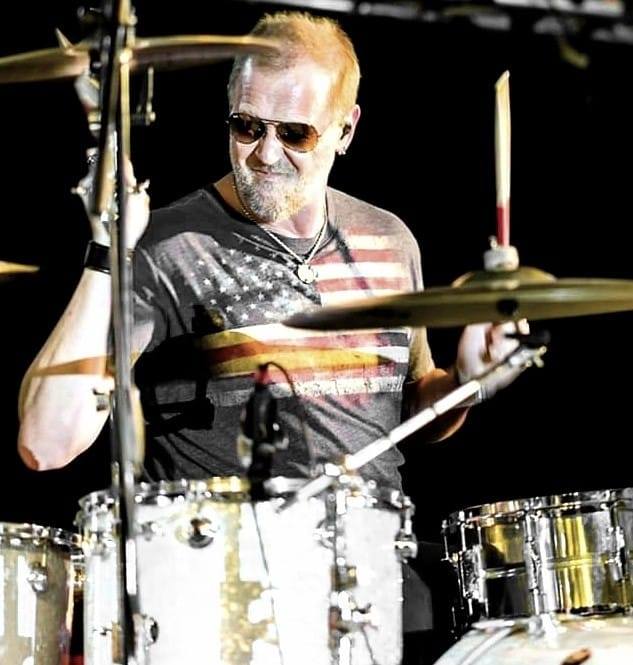 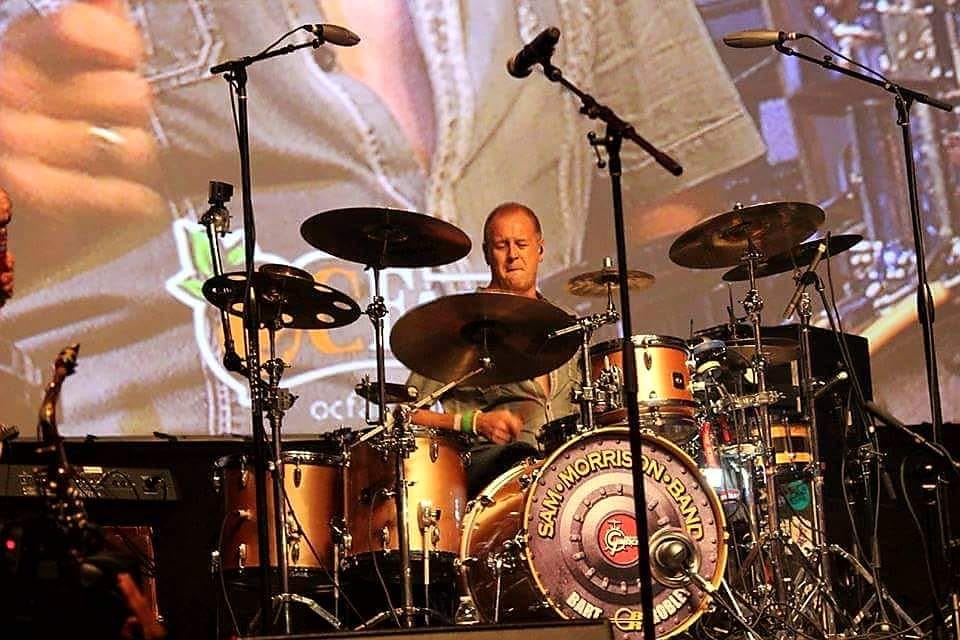 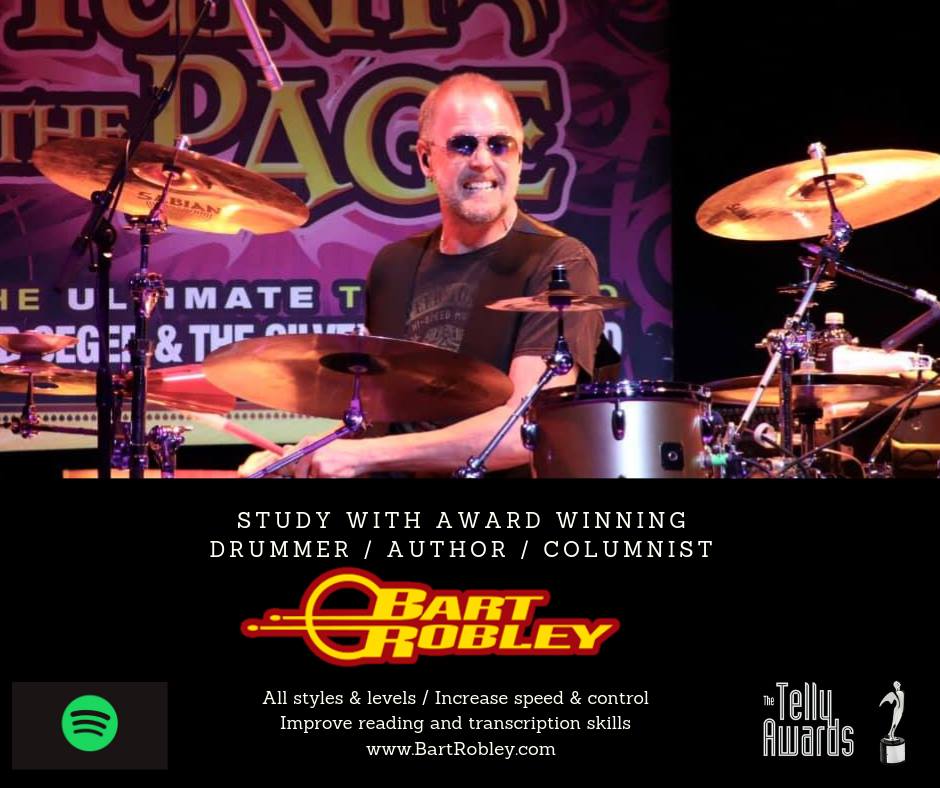 MY STORY It seems that some our most influential artists are born in small, quiet towns, and Robley’s story is no different. Raised on a cattle ranch nestled in the foothills of Littleton Colorado. Bart felt his calling very early. Perhaps it was the peaceful mountain air, or the fact that his mother had Elvis blaring from the time he got out of bed in the morning, somehow he was able to concentrate on the music that he heard in rhythm. Naturally, when it came time for him to choose an instrument in elementary school, he chose the drums, and never looked back. Robley was very lucky to find a fantastic teacher, Robb Heskett at a local music store, Crescendo Music. Robb mentored and taught him to forego the flash and concentrate on the rudiments first. And that is what he did. Bart dug deeply and worked on his craft, through both elementary and high school. When he felt strong enough to branch out, he had the strong basis on which to build the flair that has become his own thundering style. Recognizing his obvious talent, local musicians tapped Robley for studio and cover projects in the Denver area. He backing some of the more talented bands and joining them in club gigs and tours. This was the beginning of a long history of studio work and myriad bands which would keep Bart busy up to the present day. Through his many projects, Bart learned the nuances of rock, country, jazz, fusion, hard rock and heavy metal. As his thirst for musical adventures grew, so did his need for larger projects. In 1989 he bid goodbye to Colorado and relocated to Southern California. Bart networked the L.A. music scene, replete with a host of metal, punk and industrial bands. Bart joined a artistic metal band called Blue Max and played the Hollywood club circuit for five years before leaving that band to become one of the founding members of a metal trio War Crime. War Crime released two albums on Black Wall Records. After War Crime had run its course Bart returned to studio work and live performances as a ‘hired gun’ in many diverse projects from country to hard rock. It was one of these situations that led to Bart being hired full time by The Sam Morrison Band. Morrison recognized Robley’s undeterred dedication to not only the craft of drumming, but to the business of making music. In 2002 The S.M.B. released their first full-length album. Sam recognized that he naturally sounded like singer song writer Bob Seger. Sam decided to see if the band would have any luck with a tribute show . This led to a project entitled, “The Sam Morrison Band Presents, Turn the Page. A Tribute to Bob Seger and the Silver Bullet Band. ” Solid reviews and packed houses quickly got the attention of legendary record producer Michael Vail Blum, (Madonna Pink Floyd). Blum signed Sam to a three album deal on his new label, Titan Tribute Media. Since that time the band has recorded 9 CD’s, sold over 700,000 downloads on I-Tunes and has been streamed over 20 million times on Spotify. For over 30 years Robley has built a solid teaching business passing on information to the next generation of drumming professionals. Maintaining a full roster of students at his private studio in Fullerton, California as well as teaching students online via Skype and Zoom worldwide. He has authored three instructional books and three DVD’s for Centerstream / Hal Leonard Publishing. In 2009 his efforts earned himself and producer Trey Solberg a Bronze Telly Award. Along side world renown drumming educators, Chip Ritter, Jeremy Steinkoler and Rick Stojak, Bart has started a new endeavor called The Drummers Education Network. “The D.E.N.” was founded to help up and coming drum teachers hone their crafts as educators.. Between the 4 drummers they have over 200 years of drumming experience. Robley would like to thank the products that help form his sound, and for which he is an active endorser. These include Gretsch Drums, Symphonic Percussion Snare Drums, Aquarian DrumHeads, Sabian Cymbals, Gibraltar Hardware, Vic Firth Sticks, Trick Bass Drum Pedals, The Kelly Shu, Audix Mics, Kickport, Gorilla Snot, Dauz Drums, and Hal Leonard Publishing. And in addition is a proud user of Latin Percussion, and Ultimate Ears in ear monitors.

Online Drum Lessons Yes!! Now you can take lessons from Bart Robley online through SKYPE! And you can take your lessons ANYWHERE IN THE WORLD! Complete the form below and I’ll be in contact with you regarding schedules and rates. Here is the link to the form: https://bartrobley.com/lessons/